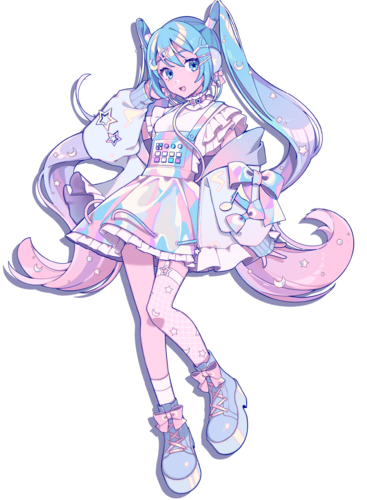 
Hi, I’m Cosmique~! I’ve been collecting figures on and off since 2014. Left the hobby about 2 years prior but now I’m back in~! ♡ 2021 really screwed up my mental health but at least being here again brings me some joy (≧◡≦)

I love scale figures, anything cute, pastel or vibrant are good in my book. I’m mostly into original characters or figures based on illustrations! I used to mainly collect Nendoroids but I’ve been trying to downsize and focus on scales. Quality over quantity is my collecting philosophy~ ( ˙꒳​˙ )

ElusiveShadow Phantom Thief
I 100% agree! It's impossible lol. Each character has their own certain charm, and I've developed a fondness for them all.

I'll admit it - I don't actually have Ganyu, but I truly adore her design and personality! Her presence during the Liyue story was an absolute joy, haha. ;P
I played Genshin Impact a bunch when it first came out last year, but then took a lengthy break and missed all the characters I want now! >_<
Ayaka is a character I really wanted but sadly I had no luck. I'd love to try pulling for Raiden Shogun/Baal, but I'm dedicated to saving my Primogems for a Ganyu rerun (hopefully!)
4 kuukautta sitten

ElusiveShadow Phantom Thief
It is a super fun game! I find it quite addicting, haha. I can definitely see myself investing in some Genshin Impact scale figures - they look pretty amazing! I also wish to build a collection of them. ;3
I agree, the aesthetic is wonderful. I'm willing to guess that Venti is your favourite character?
Mine would have to be Ganyu, closely followed by Yanfei (so far, as I've only just reached Inazuma).
4 kuukautta sitten

Aphrodite9
It really is, the characters are all amazing and there are so many I want to pull! I wish I started playing sooner! Me too, it's always great to meet other fans! Aww thank you! ♡ Yesss rip to our poor wallets and bank accounts tho! ><
4 kuukautta sitten

AlohaDayon
Yeah Diona need a lots of HP to have a correct shield. Like 30k seems good . I can't say if it"s enough for azdaha i still not unlocked it xD i don't want to say goodbye to Zhongzhong a second time </3. what kind of artefact/set did you give to her?

Ooh burned out ? Why? écè do you talk about the abyss ?
Personally i don't do the abyss bc i find it very annoying and i don't want to rage xD i just do the 9th and the 10th floor and maybe the 11th when i feel motivated .
Or maybe you talk about artefact drop system which can be demotivating when it's the 3426 time you get a fuc*in' Def% artefact >xO
4 kuukautta sitten⊛

Aphrodite9
Hiii omg I just want to say I LOVE your profile, it's so pretty! And Venti, he is a sweetheart I love him sm♡♡ And your figure collection is literally amazing and goals! I'm so excited to see another GI player here, I recently started playing and I'm obsessed ksksks
4 kuukautta sitten

derekilikered
Are you pulling for Baal? :D
4 kuukautta sitten

AlohaDayon
oh you don't use shield at all? mad respect. now i have discovered Zhongli i can't imagine my game without him ! especially since i play on mobile and i always lag when i need to dodge :,)

If you have Diona ,she is a great support, she protect, she heals and she can be used for cryo resonance . (if not Noelle . everybody has Noelle xD But you have probably already thought about it)

yep electro 5 stars were quite inexistant so thank you inazuma for bringing some to us!
4 kuukautta sitten

ElusiveShadow Phantom Thief
No problem at all! Thanks for accepting. :3
I see you're a big fan of Genshin Impact as well?
4 kuukautta sitten
Näytä lisää kommentteja 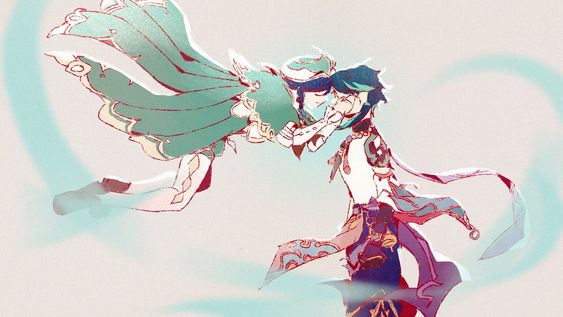