34 in Prepainted14 in Action/Dolls15 in Trading1 in Accessories

Hi! My name is Mason! My favorite character of all time is Roxas from KH, or Emil from NieR Replicant and my #1 waifu is Chiaki Nanami from Danganronpa 2!

Nice to meet you! I'm really into writing articles, so I have a lot of them XD Thanks for stopping by my page! Don't feel shy to send me a friend request either! Anyways, this is my small collection! I hope to get more figures, but it's kinda hard being a 14 year old without a job XD

I've been watching anime for about 3 years now and watch over 250! My favorite anime is Horimiya. I also really liked Bunny Girl Senpai Wonder Egg Priority, Death Note, Higurashi, etc. I don't really have a specific taste as you can see XD 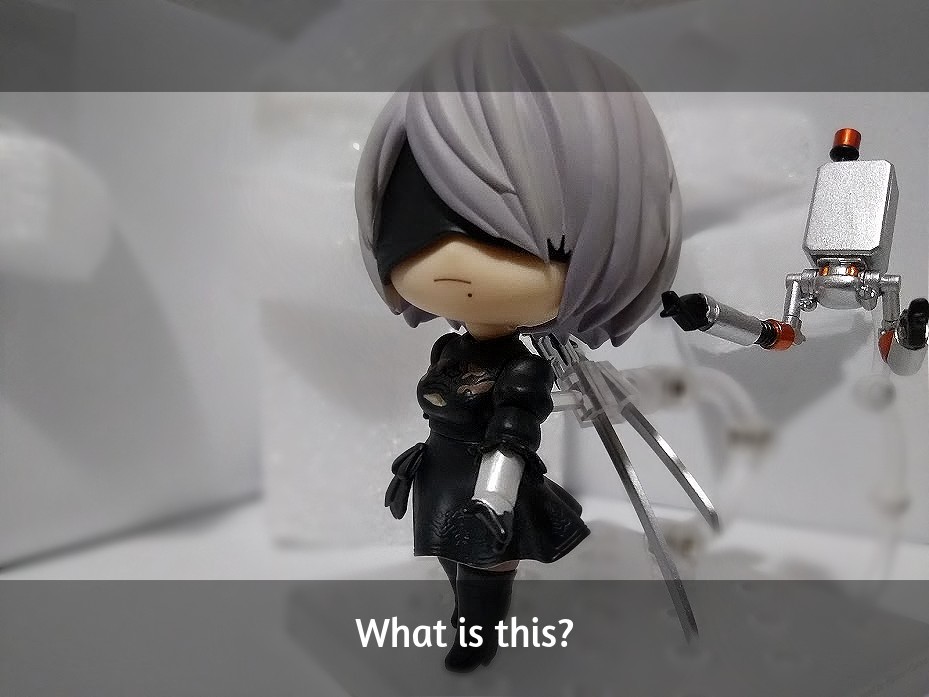 Thanks for stopping by and remember: You rock!

athenadraws
Oh shit, so I was just looking at r/animefigures subreddit it looks like people are recieving their Sumi and Kaguya coreful prizes :O
www.reddit.com/...
4 päivää sitten

athenadraws
Ah nice to know you are giving it some thought, but take as much time as you need!! Besides, getting your comments on my wall really do make my day :D you are really understanding and share lots of my interests that I have no one to talk to about.

Disney world and universal in florida are great! I have more memory of Disney rather than Universal, but my friend went to disney world recently and found an anime store that sells figures at the Epcot park! That's how I got ITEM #1077343 , as a gift from her. They had a lot out of stock tho according her. So I was stuck with that one lol.

Nobara and Yuji nendoroids?? Hell yeah! And a Eren cleaning figure?? Is it this one?
ITEM #219436
If i were you, I would get the Levi one XD can't take him seriously in his cleaning ver

AND YEAH I ALSO HAVE BEEN LOOKING FOR ANY UPDATES ON THOSE PUPS. It's pretty disappointing. At this point I believe this may be a marketing strategy done by GSC (conspiracy??) to wait a while and then out of nowhere drop an update to see how people react towards both these hyped up fandoms. They immediately dropped the Junko PUP for pre-order once they announced it, and it did pretty well. It was on the top 10 on AmiAmi for a few weeks. I guess they are observing how many sales you could get from danganronpa. This also goes with Gura, by now I'm hoping they realize how much of a money maker she is. When the Korone PUP was up for PO, she was doing pretty good but also got some criticism for her colors looking pretty dull as well as her face (i also kinda agree with this). So they could be observing the mistakes they made so they can perfect the most hyped characters next in line. They don't want to screw up with the high hopes of an easy money maker. That's just a possibility I've thought of obviously. I'm trying my best to give them the benefit of the doubt lol. But it's also kinda a good thing if they get out later so maybe by then I will be able to pre-order chiaki (i would love to order all of them tho ;^;)
4 päivää sitten⊛

athenadraws
Like I said before, its aight that you aren't ready to return yet. Only mentioned it since I am active more on there and its convenient. (I prefer real-time chatting instead of a forum set-up, but thats just me.)

Also that sounds fun you are going to disneyland and universal :D
Haven't been to that location, only the ones in florida.

"I took advantage of the whole christmas situation" LMAO, thats also going to be me XD

GSC is sleeping right now, they are kinda not aware of what their customers want; COUGH COUGH chiaki, gura, shiro PUP COUGH COUGH
But in a way they make it up by these great quality figures that are affordable. I just hope they get on top of their projects tho...
5 päivää sitten

athenadraws
Yeah! I will try to convince both of my parents to take on that apprenticeship during summer perhaps? Also this is the tattoo spot’s insta, really cool stuff
And oh, my art? I don’t share it on social media yet. I keep it kinda private, but hey if you decide to return back to discord then I don’t mind sharing it to you via DMs. That’s up to you of course.

And where are you going on that trip? I traveled a lot (not as much cause of covid now XD) so I’m interested lol.
Also yeah Gura PUP is gonna be hell to pre-order o.o didn’t GSC had to do a 2nd pre-order for her nendoroid?!? That’s insane, I hope they learned to make lots of them now haha~

athenadraws
I do digital and traditional art, and I like to draw anime characters and landscapes. I really want to be a tattoo artist, I already was offered an apprenticeship. My dad said no to it since he believes a 14 yr old shouldn't be in a place like that-
The tattoo place literally has anime merch around and just really talented artists, its not even concerning one bit lol

Well since Ai hasn't came out yet, what I'm thinking is that it may be soon bc she already has a fully colored prototype and taito keeps releasing coreful figures up for pre-order. That's my guess. Also a spending ban? I mean at least you were able to PO a lot of nice figures before that happened, the mai-san and gawr gura look great!! I'm hoping to get the gawr gura PUP. Fingers-crossed on that.
14 päivää sitten

athenadraws
Thanks for the comfort, I’m planning to transfer schools (not bc of those girls) so I can focus on art! I just need to work hard in order to make it in.

And about the Ai fig, I don’t believe she is up for pre-order yet. I’m sure TOM will have her since they sell the coreful prize line. But I’m excited for her!! If they come out with a Rika one then that is a must-have for me!! It would be amazing if they release all the girls, but I don’t think I would be financially ready for that haha

ManofCulture
No worries man, I’ve been busy with the recently released Lost Judgemrnt, Far Cry 6, and Metroid Dread so I haven’t been on here as much recently either. Plus I just now got two figures that I went through quite a hassle to get, just finished unboxing them and putting them in the detolfs. :D

That Makoto fan wasn’t worth your time anyway bro. XD

Damn dude, I feel ya. I let my friends borrow my games or even straight up buy some for them if they’re too tight to afford it, but then the struggle is that they have to work a lot more than I do so they don’t have nearly as much free time as I do so we barely get to play together. :(

You’re going to Disneyland and universal? That’s cool, never been to either myself, but then that’s never been my thing anyway. Speaking of Disney, did you hear Nintendo actually managed to get super stingy Disney to let Sora be in Super Smash Bros Ultimate?! He comes out next Monday as the final character for the game and people were flipping their shit at the reveal trailer. Deadass saw grown adults crying... I’m pretty hyped though I kinda wish it was Roxas instead as unlikely for it to ever be. That guy just has too much sauce!!! The Oathkeeper and Oblivion Keyblades are just such a badass combo!

Ah I forgot you were playing Nier Replicant. Really has been a minute hasn’t it? Anyway glad to see you got all the endings. Ending E was a really good send off, but it also made it not hit as heavy as Autmata’s secrete ending since that one was left more ambiguous. Like you know ending D where they forget him was the real ending for like 10 years before they added ending E right? Imagine living 10 years with ending D as your definitive ending, now that’s HEAVY. It woulda probably blown all of automata’s endings if they’d had kept it like that.

Ah yeah the Kaine up skirt death and achievement. That was actually the 2nd to last trophy I ever got before 100% platinuming the game. I woulda made it my last one, but no way I was running through ending E again. Anyway back to Metroid Dread and Far Cry 6. :)
15 päivää sitten
Näytä lisää kommentteja 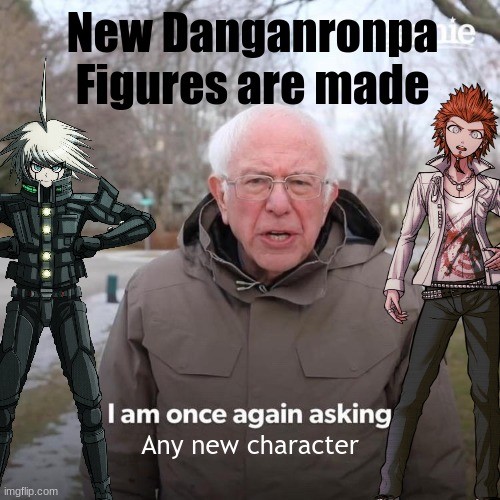 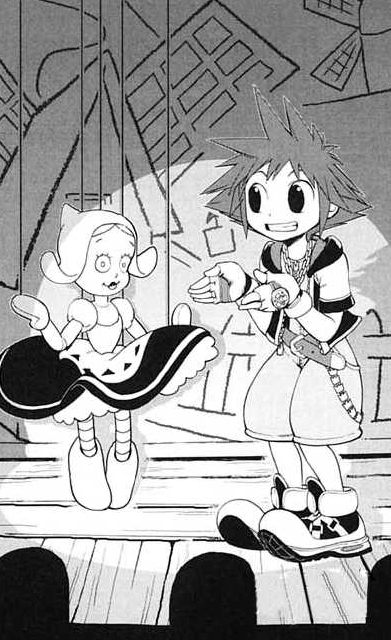 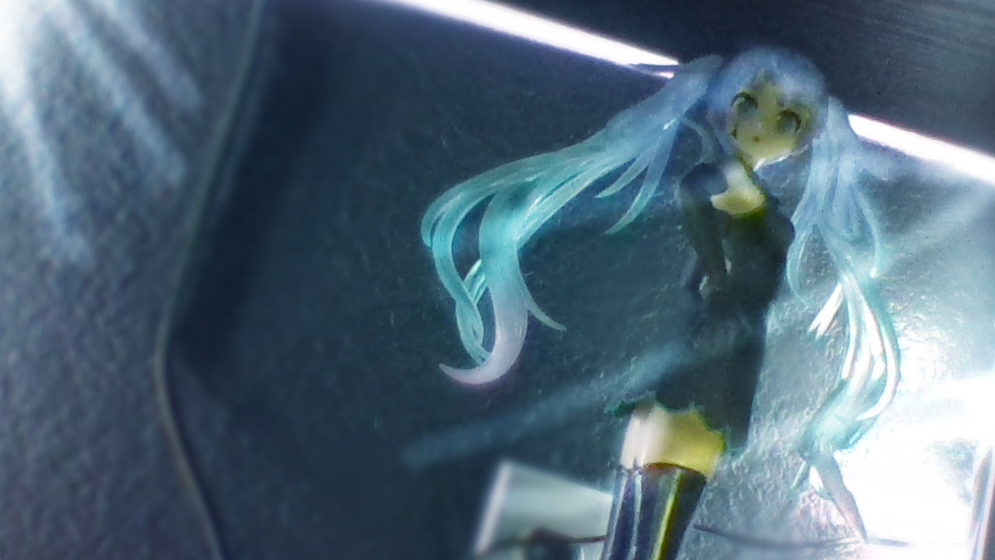