I have been watching anime since I was 10 years old and first started collecting figures back in 2002. The first figures that I owned were small sega prize figures about 5-8 inches tall from Evangelion. I started to collect larger figures in 09/2010 and now exclusively collect figures that are 8 inches or taller because I feel they have more detail than smaller figures.

My tips for people just starting to collect anime figures are:

1) Check Mandarake often, sometimes you can find really good deals on there and even come across really rare figures. Rare figures usually sell out within hours of being posted.

2) Make sure that you read very carefully the condition of the item before making your purchase on Mandarake because they dont allow more than 2-3 cancellations for the lifetime on an account. Cancelling orders more than 2-3 times will get your account permanently banned from Mandarake.

3) Make sure to tick the "Cancel the order if this item is out of stock" box if you no longer want your Mandarake order to be processed if one of the items from the order is sold out. Canceling the order later on through email request will count as a hard cancellation and will get your account banned.

4) Never buy anything from eBay unless you absolutely have to as a last resort. Check AmiAmi, Nippon-Yasan, Hobby Search, HLJ, Mandarake, Jungle and Y! auctions first. eBay is infested with many fake figures from China.

5) Dont pick EMS when buying only a single figure unless its Polystone or Polyresin. Try to bundle EMS shipments with at least 5 other items you want so that you will save money on shipping. SAL takes 2-5 weeks and it will usually cost alot less than EMS for single figure orders. Registered SAL cost only ¥410 more and gives SAL tracking numbers and a small amount of insurance.

6) When purchasing 1/4 scale or larger figures EMS will be required, try to make the most of it by buying at least 5 other figures from the same store.

7) Dont use SAL during December, it will take 30+ days for you to receive your package because of the holidays.

8) Dont bundle heavy books together with figures to try to save on shipping, the heavy books will end up increasing shipping cost instead of saving money on shipping. Shipping the books separate allows you to use international media mail which gives discounted shipping rates on books but if you combine shipping with a figure the shipment wont qualify.

9) EMS only covers damage to the actual figure, not the figure box so try to pick registered sal when possible to save money on shipping.

Keepa <--- A firefox addon that adds a price history graph to all Amazon product pages, it works on all Amazon websites from all countries.

Mobile Barcoder <--- A firefox addon that lets you create scannable barcodes that you can scan with your mobile phone. This app is useful for scanning tracking numbers and easily adding them to a tracking app on your phone.

Package Buddy <--- A free android app that lets you keep track of all your packages easily from your phone and notifies you when the shipping status changes.

Shipping Calculator <--- Lets you calculate how much shipping will cost depending on the weight of the items and shipping method.

Rainlendar <--- A Free desktop calendar that lets you add events and reminders to a calendar on your desktop. I use it to post my weekly schedule and when Y! auctions will end in my local time.

Goody-Japan: This is my go-to middleman service because of their great packaging service, they have raised their rates recently but I still continue to use them and rarely receive damaged packages (only once I received posters that were damaged by my post office). Once I had a package sent back to Japan before any delivery attempt was made and Goody-Japan spoke to Japan Posts to get the package re-delivered without charging me for shipping agian since no delivery attempt was made and eventually I got the package fine.

White Rabbit Express: I use WRE to order books from Toranoana and Melonbooks when Goody-Japan says that they reached their limit on how many they can order for the item, their fees are higher than Goody-Japan but their packaging is pretty good and I havent had any issues with them yet. 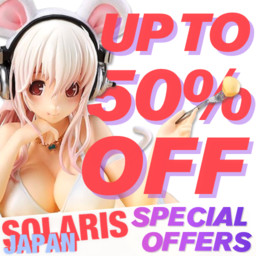